I typically like to do development work on my local machine. Locally I’ve got all my favorite tools, scripts, and aliases along with custom mappings for my editor. Local development is much more pleasant than SSH'ing into a server and running commands. Without all my custom tools and configurations the environment feels foreign to me. Because of this I generally try to avoid solutions to development problems that involve a virtual machine. Even though the VM is running on my laptop it’s really not that much easier to develop on than a regular server.

I’ve known about Vagrant for a long time, but I really wasn’t interested in using it because it was easy to setup development environments on my laptop with asdf. Then I encountered a project at work that I wasn’t able to get working on my laptop. I spent hours trying to figure out what was misconfigured, but to no avail. I reluctantly figured I would give Vagrant a try. It seemed like a better option than using a plain VM. It turned out to be very effective. My development with Vagrant is almost seamless now.

In this blog post I’ll cover a few of the issues I ran into when setting up Vagrant for my Erlang project as well as some things I discovered that improved my workflow with Vagrant.

First off you’ll need to install Vagrant and a hypervisor for running the actual VM. I like VirtualBox because it is free and open source.

If you are on linux you may be able to use your package manager to install VirtualBox. Version 5.0 is the latest version that Vagrant supports.

Then install vagrant. You can download it from the Vagrant website or if you are on linux you can use your package manager to install it.

After installing Vagrant and trying to start it up for one of my projects I realized there was an issue with my VirtualBox installation. It turned out to be due to an option called VT-x being disabled in my BIOS. The error I got when I tried to boot the VM looked like this:

I rebooted my machine, went into the BIOS, and enabled that option. When I booted up my VirtualBox installation worked and no errors were printed. 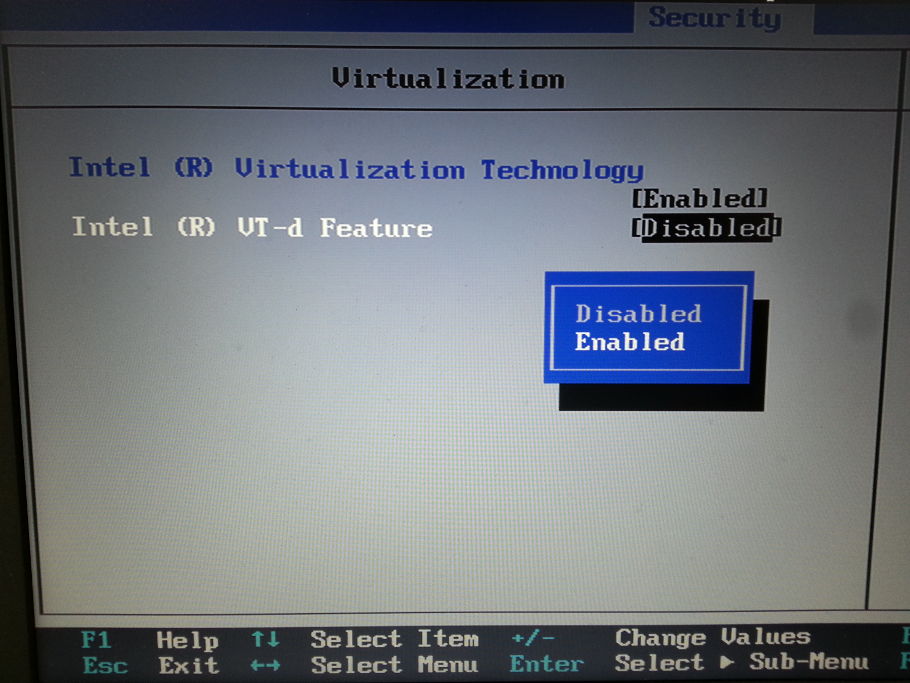 Setting Up the Environment on the VM

Once you have Vagrant installed you can begin setting it up for your Erlang project. Navigate to your project on the command line and run vagrant init <box> to generate a Vagrantfile for the project. For this blog post I chose the hashicorp/precise64 box, which is Ubuntu 12.04 and seems to be the default box that is used in the Vagrant documentation. Boxes are the package format for Vagrant environments. Boxes contain the base VM image and other metadata. Available boxes are listed on the Vagrant website. The Vagrantfile in your project root is where you can specify configuration values for your project’s box. Typically there isn’t much that needs to change, but there are plenty of options available. You can set options for network interfaces, synced folders, and the base box image that is used by the VM. I’m not going to cover all that here. The Vagrant documentation and the book Vagrant: Up and Running are great resources.

Once you have a VM up and running you will need to provision the box. For Erlang development you will need Erlang, Rebar/Rebar3, and optionally Elixir. The Vagrantfile allows us to specify a provisioning script that can be run when the VM is created to install all the tools you will need. I use asdf locally, so I figured I would use it on the VM as well.

The provision script I needed would need to install asdf, install all the necessary asdf plugins, and then install the correct versions of Erlang, Rebar, and Elixir for the project. The script I came up with does all of this:

Tighter Integration with My Local Environment

SSH'ing onto the VM to run commands is something I wanted to avoid and it turns out it’s easy to avoid running commands directly on the VM. Vagrant provides the vagrant ssh command which can be used to ssh onto the server, but it can be treated as a regular SSH client, meaning you can use it to run arbitrary commands on the server just like you could with a regular SSH client. To run arbitrary commands use:

For example, to see the IP addresses of the VM run:

You can also run scripts on the VM like this:

This is a lot to type out for simple things so I was eager to find a better way of doing this. It would be nice to not have to type out so much. After asking some questions I found three ways to make running commands on the VM easier.

The first way to simplify commands is to just create a shell alias for vagrant ssh --. It’s easy to do and makes the commands a lot shorter:

The downside to this is that you still have to quote the command you want to run.

vagrant-exec is a very nice Vagrant plugin that aims to make it easier to run commands on the VM. It offers some very nice features:

vagrant-exec is a much better choice than shell aliases. It offers more features and tighter integration. The downside is it often requires more work to configure.

What vagrant-exec does isn’t that complicated so I wanted to see if I could write a simplified version of it as a shell script.

I was able to write a simple Bash script that works similar to vagrant-exec. It lacks many of the features provided by vagrant-exec, but still makes running commands very easy. I named the script va to make it short enough that no alias would be needed. Using the script is very easy. Going back to the IP address example it would just be:

The source for the script can be found in my dotfile repo on GitHub. All you need to is put it on your $PATH.

Overall Vagrant has been a big help. I was surprised at how much searching I had to do to find a good way of seamlessly running commands on the VM from my local environment. With my va script I’m pretty happy, and I can always use vagrant-exec in the future if I find my va script insufficient.

I still really like developing locally but for times when I can’t run a project locally I’m going to use Vagrant. It’s hard to beat the ease of use and tight integration that Vagrant provides.

Get fresh articles in your inbox

If you like what I write about subscribe to my newsletter via email or RSS (I promise not to send you more than one email a month).